WarBrokers is an open world FPS combat game, all playable in your browser.

You can fly helicopters, shoot tanks, drive APC's, or fight on foot. There are tons of weapons to choose from to fit your style of play as well as tons of detailed levels to explore.

Community feedback is extremely important to the development of this game. We want this game to be shaped to what the community wants to play. Please join our Discord server to provide feedback or participate in discussion about the game: Discord: https://discord.gg/44QekeY

SOLDIER CONTROLS:
W ~ Forward
A ~ Left Strafe
S ~ Backwards
D ~ Right Strafe
C ~ Crouch Toggle
F ~ Enter/Exit vehicle (A message will display saying Press F to enter vehicle when you are close enough). Pickup or drop the package in the package game mode.
SHIFT ~ Hold breath when zoomed to steady your aim.
LEFT CTRL ~ Toggle sprint run
SPACE ~ Jump. After your first jump you can wall jump a couple more times off of a vertical surface to get to higher areas.
LEFT Mouse button ~ Fire
MIDDLE Mouse button ~ quick select knife (switches from active weapon to knife or from knife back to previous weapon)
RIGHT Mouse button ~ Zoom while held down
- ~ Minimap zoom out.
+ ~ Minimap zoom in.
n ~ Large minimap
1 ~ select primary weapon. (Your primary weapon can be set from the main menu)
2 ~ select secondary weapon. (Your secondary weapon can be set from the main menu)
3 ~ select pistol
4 ~ select knife
5 ~ Select grenades. (Press fire to cook the grenade, release fire to throw grenade). The grenade goes off after 5 seconds. You only 3 grenades a life.
6 ~ select BGM ( when fired it is a missile you can fly from the missiles view point). Press LEFT Mouse button to boost the speed of the missile, release LEFT Mouse button to slow it down. You only get one BGM missile per match so use it wisely.
7 ~ select airstrike (Aim at a point and press fire. Bombs will rain down on that point after a couple seconds). Good for stopping a point from being captured or a difficult enemy vehicle. You only get one airstrike per match so use it wisely.
0 ~ The zero key on the top of the keyboard will toggle the Frame rate display.
m ~ Main menu, from here you can customize your character, vehicles, set your weapon slots, turn on/off graphics options (click on the gear symbol/icon), view missions, and open crates.(edited)

HELICOPTER CONTROLS:
W ~ Climb
A ~ Rotate Left (Yaw left)
S ~ Descend
D ~ Rotate Right (Yaw right)
C ~ Toggle view (third persona and first person)
Q ~ launch flares (to counter guided missile when you get the missile lock warning). You have 3 flares and they take 45 seconds to reload once out.
Mouse Up ~ Pitch nose down (You can invert this in the settings)
Mouse Down ~ Pitch nose down
Mouse Left ~ Roll helicopter to the left
Mouse Right ~ Roll helicopter to the Right
Mouse Left Click ~ Fire Missiles
Mouse Right Click ~ Hold to zoom

Missiles are marked on the map by green circles. If a missile is being raised it will flash red. If the missile has been launched the circle will be solid red. You raise a missile by going up to it and holding the F key. You will see the missile being raised while doing so. If you let go it will fall twice as fast as it raised.

The first missile takes 25 seconds to raise, the second 20 seconds, and the final one 15 seconds. Multiple people raising a missile at the same time speeds up the time it takes.

Once the package is delivered a new one will parachute into the level.

Bombs are marked on the map by green circles. If a bomb is being disarmed it will flash red. If the bomb has been disarmed the circle will be solid red. You disarm a bomb by going up to it and holding the F key. If you let go the disarm time will increase twice as fast as it took to disarm the bomb.

The first Bomb takes 25 seconds to disarm, the second 20 seconds, and the final one 15 seconds. Multiple people disarming a bomb at once speeds up the disarm time.

In Team Deathmatch your team is trying to kill as many enemies as possible.

In pistol deathmatch everyone is on their own and only has pistols.

TIPS:
When you respawn you will be invulnerable for 10 seconds. Your healthbar will be purple while you are invulnerable.

Each weapon has a different strength versus weakness in terms of range, damage, clip size, fire rate, etc.

The RPG with a green missile head is unguided but does more damage.
The Guided missile will track a vehicle, just aim at a vehicle until the red square says locked and then fire. The missile will track towards the enemy until it hits or runs out of fuel. Missiles can be dodged only be a helicopter if it releases a flare. Helicopters only have three flares and then they take 45 seconds to reload.

Look for ladders in the level. Ladders can be climbed to get to places you normally can't. Also look for objects you can jump onto that will allow you to get to higher areas.

PERFORMANCE:
To get best performance make sure you do not have a lot of tabs open. Ideally only have the game as the only tab open and run full screen (F11 for chrome). You can also turn on/off graphics options from the main menu by clicking on the gear icon/symbol.

CONNECTION:
Make sure you whitelist the servers for the game if you have adblockers or script blockers so you can connect to them. The game has no ads in it.

will we ever be able to customize our gun

silicon2 is a cheat. How do we report?

the air vehicle controls are tough, but other than that and the blood, this Is fun

i found the coding says this

someone tell the developer

if you click ctrl shift j the error comes straight up but theres no way to fix it. :(

its in whatever this is game3d.php:324 Uncaught SyntaxError: Unexpected token function

it comes up with "(usePoki)" not defined

can someone fix this unexpected token function thing it wont let me play the game?!

it keeps coming up with "unexpected token function" :(

This game runs on HTML5?

Yep definitely.  It runs on HTML5/WebGL

Nice video! Hopefully as the game grows we can get more people on the Australia server so you can play on lower ping.  Do any of the Asia or Japan servers have better ping for you?

Asia and Japan have great ping, it's about 100ms. At least it's playable. Fortunately no one plays on that server, it's mostly the USA

Yeah I think a lot of times people in those regions just go straight to USA instead of playing on their closer server and waiting for people to join it. 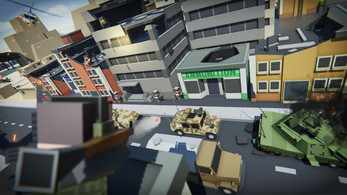 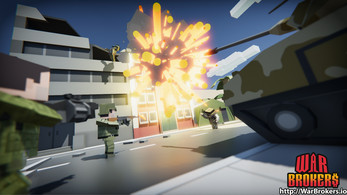 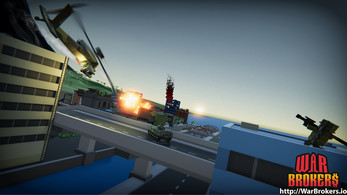 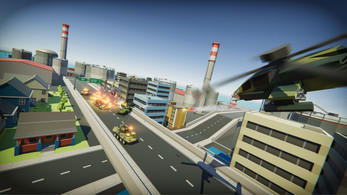